As the winter deepens, one would expect to see fewer cyclists on Vancouver roads, but that isn't necessarily the case. In fact, Erin O'Melinn, executive director of HUB: Your Cycling Connection, doesn't believe that the cold weather is slowing cyclists down one bit.

"I did see quite a lot of people out (riding bikes this winter), I thought, 'Wow. This is really impressive," stated O'Melinn. "I don't see any marked decrease in the number of people on my bike commute to work." 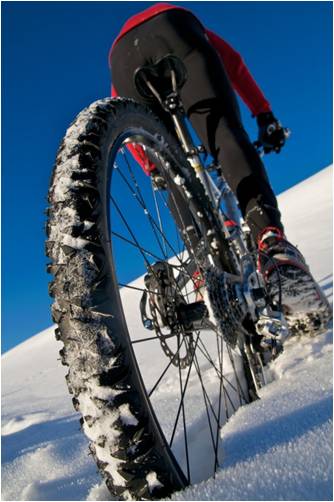 For Winter Cyclists, the Wider, the Better

And while the manager of Ride Again Bikes in Vancouver, B.C., Rob Benson, is glad that cyclists aren't being deterred by winter weather, he is concerned that without proper equipment and knowledge cyclists are at a higher than average risk of being injured during a bike accident in Vancouver. In fact, he recently witnessed, first-hand, an ice-related cycling accident.

"He hit a bit of black ice, and he was straight out on his back," said Benson. "He was on a road bike and had a pretty slick, narrow tire, and he just sort of tapped on his brake and the back end came out from under him and he was flat on his back."

To prevent slipping on snow and ice, Benson offers his top winter-cycling tip: Change your tires on your bike just as you would on your car. Snow tires for bicycles are wider and have more grip; both of which will help cyclist stay on their bikes and off their backs this winter.

The good news for cyclists? There is no reason to stop cycling this winter. Just be prepared, keep your head up, and you should be able to bike to and from work in Coquitlam or run errands in Surrey.

Read More About Fat and Wide Is the Key to Cycling in Winter in Vancouver...