Are Senior Drivers an Accident Waiting to Happen?

The data from a recent study on senior driving safety has been released, and the results may surprise you.

The study was performed by the Canadian Driving Research Initiative for Vehicular Safety in the Elderly, and involved seven cities across Canada, including Victoria, B.C. For five years, researchers followed over 900 participants between the ages of 70 and 94. 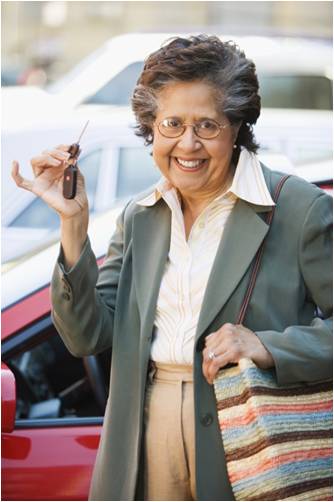 "When we see incidents involving seniors, they are typically not on roadways," said Sgt. Steve Eassie of Saanich police. "Senior drivers aren't as likely to come to our attention as often because they don't drive aggressively or engage in distracted driving—like talking on cellphones."

The topic of distraction points to another fact—seniors aged 75 and over and new drivers have very similar crash rates.  While the newest generation of drivers is prone to dangerous speeds and distraction, the older generation is prone to low-speed crashes that occur on side roads and parking lots, such as the recent accident in Saanich where an elderly woman drove her car into a grocery store.

However, unlike their younger counterparts, the study found that seniors were likely to self-regulate their driving. Forty percent of drivers over the age of 70 choose not to drive when the weather is bad, it is dark out, or they need to travel a new route. They are also more likely to stay near home and maintain the recommended speed.

In addition, the study found that the majority of elderly drivers reduced their driving time when they knew that their reaction time, vision and strength were deteriorating.

Your takeaway? While senior drivers do have slightly elevated crash rates, they generally are not a serious threat to your safety as a motorist in B.C.

Want more information like this? Subscribe to our newsletter to get the information you want delivered straight to your mailbox.

Read More About Are Senior Drivers an Accident Waiting to Happen?...

He Slammed into my Car and Took Off! What Should I Do?Order Now!