Tired driver are dangerous—period. However, while the average commuter may only be a threat to himself and the few cars around him, a sleepy bus driver threatens the safety of his many passengers and every motorist he passes. What bus drivers need is obvious: sleep. So what is preventing them from getting the shut-eye they need to drive alert?

A study on fatigued bus drivers done by the U.S. Federal Motor Carrier Safety Administration (FMCSA) identified the following barriers to bus drivers getting the sleep and rest they need to drive alert: 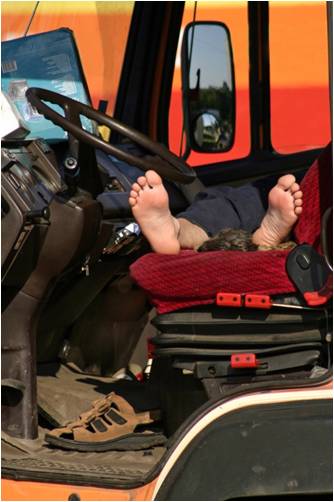 The FMCSA recommends the following solutions to the most prominent barriers to adequate rest for bus drivers:

As Vancouver attorneys who often work with bus accident victims, we would like to see all of the above recommendations followed. After all, a bus driver is responsible for many lives each time they get behind the wheel.

If you would like to learn more about bus safety and our efforts to protect the rights of those hurt during a bus accident in BC, follow us on Twitter or read our bus accident blog.