Speed Is a Leading Cause of Death in B.C. Be Safe and Slow Down.

As personal injury attorneys, we work with accident victims every day whose lives have been shattered by a car, truck, or motorcycle crash. Serious accident-related injuries often cause permanent disability or, in the worst case, death. Many of these accidents are due to excessive speed—a leading cause of death in B.C. 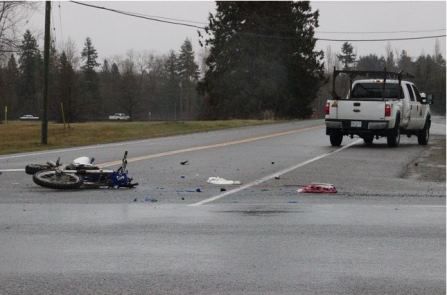 Speeding increases the likelihood of a crash as well as the risk of serious injuries and fatalities. Take the tragic example of an accident that occurred in Langley on January 9, 2014, when a motorcyclist lost his life in a speed-related crash.

Statistics published by the British Columbia Ministry of Justice further illustrate the dangers of excessive speed:

As the Ministry of Justice points out, speeding is an easy behavior to control. Just. Slow. Down.  If you found this article interesting, follow us on Twitter to receive our helpful updates.


There are no comments.

Post a Comment to "Speed Is a Leading Cause of Death in B.C. Be Safe and Slow Down."

To reply to this message, enter your reply in the box labeled "Message", hit "Post Message."